Random Rants: Questing for the Dark Tower ... in a Lincoln 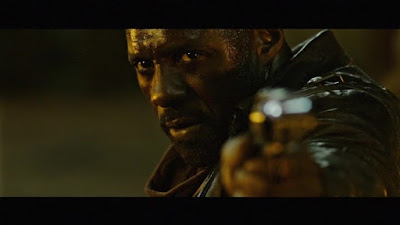 I tried writing movie reviews for a while, but gave it up because I’m not really a cinephile. Every now and then, though, I see something so good or so dreadful that I just have to comment.

If you’ve read anything about the adaptation of Stephen King’s “The Dark Tower,” I’m guessing you don’t have to wonder long which category this falls in.

I used to dread movie versions of favorite books, but I have to admit that, in recent years, Hollywood has done a better job of it. Beginning, I think, with Peter Jackson’s adaptation of “The Lord of the Rings” (we won’t talk about the hot mess that he turned “The Hobbit” into), movie and TV versions started to get more right and less wrong, at least on occasion. Most adaptations still won’t please hardcore book fans, but they’re better. So, I was actually looking forward to this, despite my misgivings.

I liked the casting. A lot of people were upset with the casting of black actor Idris Elba as Roland, but I saw some promise in it. Yes, it screws up his relationship with Detta completely, but (spoiler) the movie doesn’t acknowledge her existence anyway, or Eddie, or many other characters and events. I also thought that Matthew McConaughey was the perfect choice for the man in black.

I was right about Elba, who could have pulled the role of Roland off, given more to work with. I couldn’t have been more wrong about McConaughey.

On paper, it seems like a great fit – Walter and that weird, quirky, dark style that McConaughey can bring to a role. In reality, he played it like he plays those stupid car commercials. I halfway expected him to get in a Lincoln and drive to the Dark Tower, explaining to us on the way why he was driving a Lincoln. It was a far cry from what I had envisioned when I heard the casting, and my perfect Randall Flagg (who he is not acknowledged as in this movie) crumbled.

To be fair, though, he didn’t have much to work with either. The man in black of the movie is about as cardboard cutout as you can get for a villain. He’s miles away from the mysterious, menacing figure of the books and really seems to have no motivation for his actions, beyond just being the bad guy.

The writers were given, in my mind, one of the best book openings ever – “The man in black fled across the desert, and the gunslinger followed.” I can think of several different ways you could use that to start the movie in a cool, interesting way. Instead, we’re given a wtf scene of a concentration camp-like place with Walter strapping kids into a chair and, essentially, firing their minds at the Tower. I can tell you, it’s not how I pictured anything in any of the seven books. We’re about 20 minutes in before we finally hear that opening line, and it comes in a dream that Jake is having.

You can’t compress thousands of pages of story into just over an hour and a half. It won’t work no matter how much the author’s verbosity gives you the opportunity to cut. And the final product at least needs to look something like the source material, which despite stealing some lines and a few scenes from the books, this does not.

Of course, they tried to spin this disaster as a sequel to the books, but if that’s the case, it falls into the category of many sequels that should never have been made.

“The Dark Tower” fails on just about every single level. It wants to be a combination between fantasy epic and “John Wick,” but hits neither mark. Instead it’s just another cheesy sci-fi action flick without a coherent storyline or, really, any redeeming qualities at all. For all that King did, inserting himself into the storyline and giving us one of the most unsatisfying endings ever, he didn’t mess it up this bad.