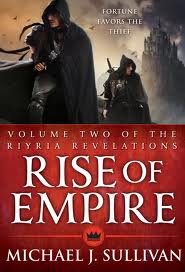 There’s a fundamental shift in “Rise of Empire” ($14.99, Orbit), the second volume (or, if you want to get technical, the third and fourth books) of Michael J. Sullivan’s Riyria Revelations.

The first, “Theft of Swords,” was a fun romp with his pair of rogue heroes, the noble Hadrian Blackwater and the less-than-noble Royce Melborn. In “Rise of Empire,” things get a little more serious and involved. But that’s also a good thing.

As the book starts, the royal empire has taken control of most everything. The church has put the puppet empress Modina – known to our heroes as the village girl Thrace who hired them to save her village from a dragon-like creature in the first book – on the throne. Only Melengar and a band of Nationalists stand between the empire and complete domination. 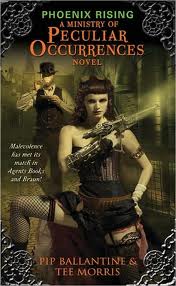