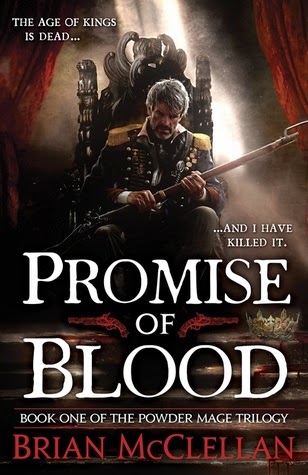 I’m still a little uncertain about the introduction of black powder into my fantasy, but I have to admit that Brian McClellan does it with flair in “Promise of Blood” ($23.99, Orbit).

The story opens with a coup. Field Marshall Tamas and a group of co-conspirators have overthrown the government and dethroned the corrupt king Manhouch who has spent the nation into poverty and plans to sign a deal with their enemies, the Kez, to bail it out.

After the king and all of the nobility meet their end at the guillotine, the tough business of rebuilding and running the country begins. Tamas is besieged by royalists, logistical problems and threats of war, but also troubled by a mysterious threat uttered by Manhouch’s Privileged, the sorcerers of the realm, as they died. They warned him that he could not escape Kresimer’s Promise.