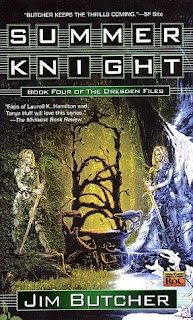 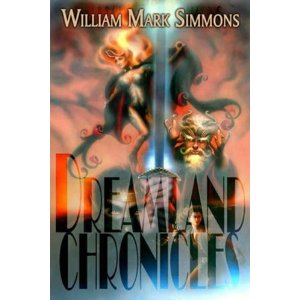 Who would have thought that one of the funniest fantasy novels I've read in a while, would come from an author in our own back yard. It turns out that William Mark Simmons, better known to people in these parts as the station manager at KEDM, can also spin a pretty good fantasy tale or three.

"Dreamland Chronicles" ($20, Meisha Merlin Publishing) pulls together two of Simmons' previous novels that were out of print - "In the Net of Dreams" and "When Dreams Collide" - along with a newly-penned third volume, "The Woman of His Dreams."

The story revolves around Robert Remington Ripley III, also known as Riplakish of Dyrinwall inside the Fantasyworld milieu of Dreamland. Ripley is one of the original programmers of the computer-generated, virtual reality game worlds that have become a playground for the rich and famous.

But now there's a problem with his creation. An anomaly has entered the program, and the game has become real. If an avatar dies in Dreamland, the Dreamwalker's body dies back in the real world. The problem is complicated by the fact that some Dreamwalkers are still trapped inside the program, and there are forces at work to keep them there.

We've all read or seen plenty of "ghost in the machine" stories, but none quite like this one. While it does ask some serious questions about the nature of artificial intelligence, those issues don't get in the way of the fun.

Fantasy fans will have a blast picking out the references to J.R.R. Tolkien, Terry Brooks, Robert E. Howard and a host of other favorite authors. But you don't have to be a fantasy fan to enjoy "Dreamland Chronicles." Simmons also liberally sprinkles references from popular music, movies and television throughout the story.

· The two Russian agents are named Borys and Natasha - and yes, Simmons does work in a "moose and squirrel" line.

· The acronyms for a couple of weapons from the Spaceworld milieu are F.R.O.D.O.S. and S.A.M.S.

·The demoness Lilith's horse is named "Beuntoyou." I won't give away the joke on this one, but it was one of my favorites.

As Simmons jokingly points out in the introduction, "Dreamland Chronicles" not exactly a light read, though. Combining three novels, it weighs in at close to 1,000 pages - enough to keep most readers occupied for a little while.

With "Dreamland Chronicles," Simmons delivers a story that mixes the humor of Terry Pratchett and Douglas Adams with the bad puns of Piers Anthony. Despite what he says in the self-deprecating introduction, Simmons' work is actually great fun. There's a joke for everyone.
Posted by Fred Phillips at 9:47 PM No comments:
Labels: Book reviews, Dreamland Chronicles, Fantasy, Science Fiction, Wm. Mark Simmons
Newer Posts Older Posts Home
Subscribe to: Posts (Atom)