Review: "The Haunting of Hill House" by Shirley Jackson 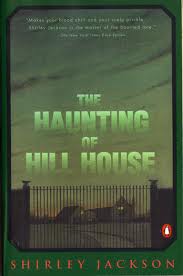 It's been years since I first read this book, but I was inspired to pick it up again after seeing the recent Hollywood butchery of it.

Unlike Hollywood's version which relied on a huge special effects budget and a storyline that at times had nothing to do with the actual book, the terror in "The Haunting of Hill House," doesn't really come from the ghosts of the house. Instead, Jackson does a great job of building a sense of foreboding through the first half of the book, then she jumps into the tortured mind of Eleanor for the grand finale.

Jackson does a much better job than Hollywood of creating a sense of unease. But what else is new? We all know there's no such thing as a movie adaptation that's faithful to the novel, and most of us have come to expect movies of our favorite books to be bad.

I think another imporant thing to mention is the house itself. Jackson's Hill House is not the lavish, gorgeous mansion of the movie. Instead, it's a more fitting place for the story -- an ugly place with wrong angles and austere furnishings.

If you've never read "The Haunting of Hill House," you need to. I'd have to say that it's one of the defining novels of early horror. If you're expecting a print version of the movie, you'll be sadly disappointed. But, by the same token, if you were disappointed with the film, don't let that turn you off of the book. It's worth the read.