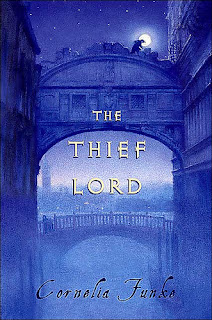 Over the past couple of years, I think I've seen the words "the next `Harry Potter'" hundreds of times. The phrase is used so often that it's become a cliché.

Still, I've read most of the books that make that claim, and while some were very good reads, none really came close to living up to the billing. I expected a similar reaction to Cornelia Funke's "The Thief Lord" ($16.95, The Chicken House/Scholastic Inc.).

I was surprised to find that, while reading this book, I did think of the boy wizard. "The Thief Lord" captures that same spirit of adventure and sense of wonder that I found in the first "Potter" novel.

After their mother's death, Prosper, 12, and Bo, 5, flee their native Hamburg, Germany, for Venice - a city their mother has often described to them as a magical place. The orphans are running from their aunt and uncle, the totally unlikeable Hartliebs, who only want to adopt Bo and want to send Prosper away to boarding school. ("We'll get Bo a dog and see just how quickly he forgets his brother," snips Esther Hartlieb, when asked about separating the siblings.)

Once in Venice, though, the young brothers have to find a way to support themselves. They're taken in by a group of orphans that live in an abandoned movie theater and are led by Scipio, who calls himself "The Thief Lord." While Prosper has some concerns about Scipio's nefarious activities, their friend has taken care of them well. He breaks into some of the richest houses in town, and they fence the goods to a less-than-reputable merchant.

But that's about to change. The Thief Lord has just been offered a job that will allow all of them to give up thievery.

When the Hartliebs track the brothers to Venice, they hire a detective to find the children. In the course of his investigation, he uncovers a secret that suggests Scipio's exploits are not quite as daring and his life is not quite as adventurous as he claims. This drives a wedge between the other orphans and their one-time leader, but when they attempt the heist without Scipio, they get more than they bargained for - and all the adventure they'd ever want.

While "The Thief Lord" is - at its heart - a fantasy, it's not the kind of witches and wizards fantasy of the "Potter" series. In truth, aside from the unpleasant aunt and uncle, it bears little resemblance to J.K. Rowling's books. It's actually more akin to Dickens.

In spirit, it's a blend of "Oliver Twist" and "Harry Potter," with a dash of "Something Wicked This Way Comes" thrown in for good measure.

For parents who are worried that the book may glorify theft, it's no worse than Dickens' classic. As we read of Scipio's supposed exploits in the beginning, perhaps it does a bit. But as the story unfolds, the children in the tale begin to understand that dishonesty doesn't pay. But Funke isn't heavy-handed with the moral of the story, either.

"The Thief Lord" is one of those rare books that can take a child on a rollicking good adventure or take an adult back to the days when he longed for that same adventure. Just this once, perhaps, dubbing it "the next Harry Potter" isn't overkill. 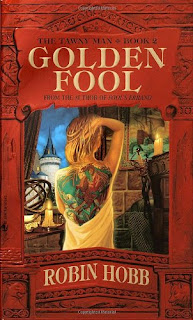 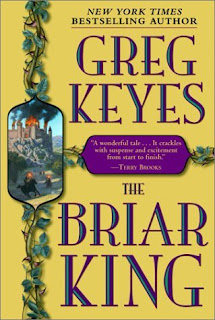 It's a complex story with a number of different threads and some nice twists and turns - epic fantasy at its best. Keyes has promised a four-book cycle, and that's what worries me. These days, the number of promised books tends to grow with the success of the series - witness Robert Jordan's unending mess of a story. And judging by the first installment, this should be a very popular tale. If Keyes can deliver in four books, though, this series, called "Kingdoms of Thorn and Bone," could be one of the best I've come across in several years.

"The Briar King" takes on one of the great mysteries of American history - the lost colony of Roanoke Island. In 1587, more than 100 English colonists settled on the island, the first English settlement in America. Within three years, the colony had vanished without a trace, leaving only the word "Croatoan" carved in a tree.

In this book, Keyes speculates that the colonists were transported to a new world - in the most real sense of the word. There they were enslaved by creatures known as the Skasloi until Virginia Dare (if you've studied the Roanoke Colony, you'll know she was the first English child born in America) led the people in an uprising against their oppressors. But in order to free her people, Dare invoked a power more ancient and dangerous than the Skasloi. Now, generations later, her descendants may have to pay the ultimate price for their freedom. The legendary Briar King, a creature of myth and fable, has awakened to the world.

While "The Briar King" starts a little slow, laying the foundation of the story, about halfway through the action picks up. From there it's a thrill ride to the end with plenty of treachery, revelation and even a few bombshell surprises.

In truth, most of Keyes' characters are fantasy standards - the low-born warrior who gains knighthood through an act of valor, the headstrong (and a bit spoiled) princess who vows to marry for love and not duty, the grizzled woodsman, the foppish swordsman who is about to meet his match, the young monk who is learning that the church isn't as holy as he thought. Fantasy fans have read about these characters a dozen times in a dozen different books, but Keyes manages to take the basic archetypes and breathe new life into them.

He also has a deft hand at weaving together seemingly unconnected threads to form a bigger story, and his cliffhanger style of ending chapters keeps the reader hanging on and wanting to know what happens next. In those ways, "The Briar King" reminds me a great deal of George R.R. Martin's "Song of Ice and Fire" series. That's not to say it's a knock-off, but rather a story as well-crafted and intriguing as Martin's. "The Briar King" offers one of the most promising starts I've seen since Martin's "A Game of Thrones." I hope the follow-up is as good.