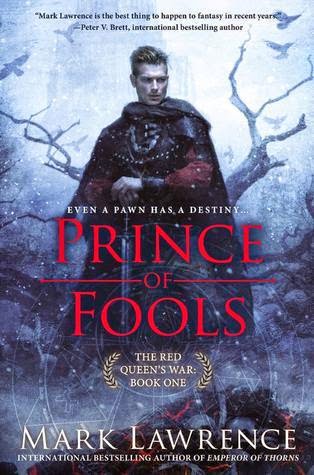 One of the things that I always admired about the late David Gemmell was that, unlike many fantasy authors, he seemed to understand the truth of heroes – that they are usually men and women forged in the fire of a single moment, not people that scamper about committing one act of heroism after another for their entire lives.

Gemmell probably could have made a good career for himself writing book after book about his hero Druss the Legend, but gave us only a handful. Instead, he moved around the Drenai world both in time and location to give us glimpses of the rise and fall of other heroes.

It’s that same approach that Mark Lawrence uses as he begins his second trilogy, the Red Queen’s War, with “Prince of Fools” ($26.95, Ace), though I’m not sure that anyone would call Prince Jalan Kendeth a hero. But then, Jorg Ancrath was hardly a hero either.

“Prince of Fools” is set in the same world and time as Lawrence’s Broken Empire trilogy, and we do indeed bump into Jorg and his band of road brothers for a brief moment. But this book focuses completely on Jalan and his unlikely Norse companion Snorri ver Snagason (and speaking of Gemmell, how’s that for a nice tip of the hat?).
Read more »
Posted by Fred Phillips at 1:59 PM No comments:
Labels: Book reviews, Broken Empire, David Gemmell, Fantasy, Magic, Mark Lawrence, Post-Apocalyptic, Red Queen's War, Vikings

Tell-Tale Thoughts: "The Cask of Amontillado" 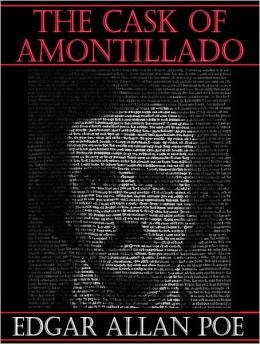 When I began this series back in February, I had planned for it to be a much more regular feature. Life happens, though, most of it good in this case, and it kind of fell by the wayside. Now, I pick it up again with the second Poe tale in that little book that I talked about – “The Cask of Amontillado.”

This is another of Poe’s most well-known tales, and one that most people read in high school. It is, oddly, one of the stories that I’ve returned to less frequently over the years. Maybe that’s because it is one that’s widely taught and the old contrarian metal head in me didn’t want anything to do with something the rest of the world finds familiar.

“The Cask of Amontillado” plays on a familiar theme in Poe’s works – live burial. It was a common fear in Poe’s time, and he used it to great effect in several stories.
Read more »
Posted by Fred Phillips at 2:09 PM No comments:
Labels: Edgar Allan Poe, Horror, Tell-Tale Thoughts

I thought it was about time that I updated the old draconian submission guidelines that I had here on the site. At the time they were written, I was writing for several different outlets and getting about 8-10 books a week for review. They had become outdated as I'm a little more open to submissions these days. So, if you're a writer with an interest, check out my new submission guidelines.
Posted by Fred Phillips at 2:00 PM No comments:
Labels: Submission guidelines 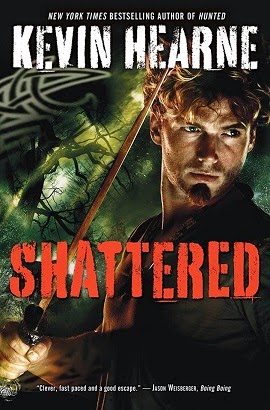 After a wild ride in “Hunted,” Kevin Hearne’s Iron Druid Chronicles makes its hardcover debut, surprisingly, with a bit of a lull in “Shattered” ($26, Del Rey).

As the book opens, Atticus and Granuaile are still in the process of recovering from being chased all over Europe by members of the Greek and Roman pantheon.

Atticus has freed his former archdruid Owen Kennedy (Eoghan O Cinneide) from centuries of imprisonment trapped in time and must now become the teacher as he acclimates his old tutor to a very strange world. He also needs Owen to restore his damaged tattoos so that he can shift shapes again. And he needs a bigger favor from his old archdruid, who is still viewed as a neutral party in Tir na Nog – he needs to know who among the Tuatha de Danann is plotting against him.