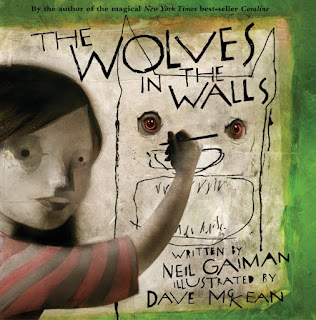 Review: "Something from the Nightside" by Simon R. Green 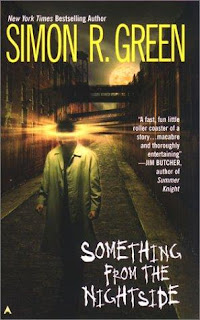 The opening of Simon Green's "Something From the Nightside" ($6.50, Ace) may seem very familiar to you.

It begins in a low-rent private eye's office. You can almost visualize the black and white screen, smoke rising from an ashtray as the stereotypical private eye voice gives you the rundown on his life in monotone. Then, the shadow of a shapely female form falls of the frosted glass window. Joanna Barrett enters. She's a rich, prim and proper looker whose daughter has run away from home. She's exhausted all other avenues, and the private eye, John Taylor, is her last hope.

That's where the familiarity ends, though. You see, Joanna's daughter is lost in a place called the Nightside, an area of London that can only be reached by magical means. It's home to any number of strange and unspeakable creatures, and many of the hidden monsters of our own world go there to act on their most base desires. Despite that, Taylor feels quite at home there. He was born there.

The rest of the book resembles a very twisted Harry Potter. Taylor was orphaned as an infant and raised by a string of caretakers who didn't really want anything to do with him. In our world, he's a nobody - a cheap private eye in the low-rent district. In the Nightside, he's something of a legend, but even he's not really sure why.

Despite the striking similarities, this isn't a kiddie tale. It's dark, macabre and often violent, but at the same time has a very tongue-in-cheek sense of humor. It's both an homage to and a send-up of the classic hard-boiled detective tales.

The supernatural detective story has grown into one of the most popular subgenres in fantasy, and despite my initial resistance, it's also grown into one of my favorites. Writers like Laurell K. Hamilton, Jim Butcher and Wm. Mark Simmons have all endeared me to the genre.

Like the hard-boiled subgenre of mystery, the stories are very similar to each other, but unlike mystery, fantasy writers have a lot more to work with and a lot more leeway from readers to do things in a different way. That creates a situation where writers can put a wicked twist on the story.

Green does just that in "Something From the Nightside." His Nightside brings to mind the London underworld of Neil Gaiman's excellent "Neverwhere." But where the characters that populated Gaiman's world were a bit like twisted fairy tale figures, Green's are closer to silver screen action heroes and horror monsters. The approach is perhaps not as refined as Gaiman's, but just as much fun.

The mark of any good detective novel is whether or not readers buy into the private eye and want to read more stories about the character. That being the case, Green succeeds here. I'd love to visit the Nightside again.