Review: "The Last Argument of Kings" by Joe Abercrombie 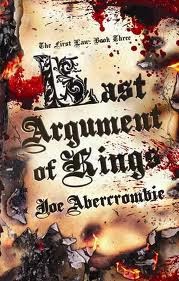 I hoped that Joe Abercrombie’s First Law series was building to an incredible ending, and I was not disappointed with “The Last Argument of Kings” ($17, Pyr).

After reading the first installment, “The Blade Itself,” I found myself intrigued, but not really hooked. Things picked up in the second book, “Before They are Hanged,” and I decided to push immediately into the final installment, and I’m pleased that I did.

I find myself struggling to put together a short summary of the story in this book without giving away anything that a reader might not want to know before picking it up. It’s one of those books. Most of the primary characters have come back home, so to speak.

Review: "Before They are Hanged" by Joe Abercrombie 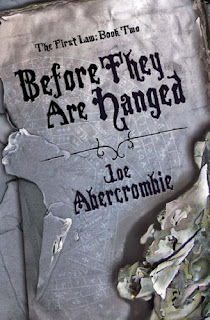 I read Joe Abercrombie’s “The Blade Itself” some time back, and though I enjoyed it, I didn’t feel compelled to continue the series. Recently, I picked up the second book, “Before They are Hanged” ($17, Pyr) on a whim and discovered a couple of things. First, I remembered that I really liked Abercrombie’s characters despite their roughness and flaws. Second, I discovered that, much like book one, book two still feels like a big setup.

In a story that picks up pretty much right after the first, we are quickly thrown back into the action. Don’t think you can pick this book up without knowing something of the first. There’s not a whole lot of recap to be found. In fact, the entire trilogy feels more like a single book that was split up for convenience than three separate stories.