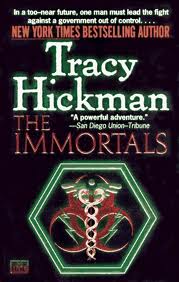 Review: "The Book of the New Sun" by Gene Wolfe 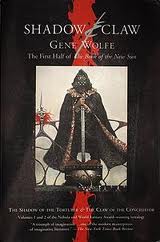 Many consider this work one of the classic science fiction tales, but I have mixed feelings about it.

In a far-flung, post-apocalyptic future, a world that blends elements of our world and ancient worlds exists. Severian was given over to the Order of the Seekers for Truth and Penitence - the torturers - as a young child. After he's captivated by a prisoner and shows mercy, he's exiled from the Order. Armed with the sword Terminus Est, he's sent to an outer region of the kingdom to practice his art. But on the way he gets pulled into adventure.

After hearing several stories about how good it was, and finding the subject matter intriguing I bought the two-volume, four-book set. Overall, I was unimpressed. While the story is quite good, it get's bogged down in a slow writing style. Often the author goes off on these philosophical asides that take the reader completely out of the story. So far, I've only read the first two books, "The Shadow of the Torturer" and "The Claw of the Conciliator", but I put the other two on the backburner.