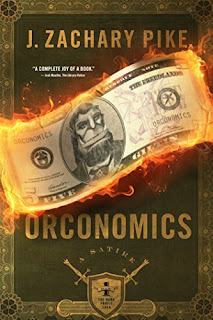 “Assassin’s Fate” by Robin Hobb. This was a very bittersweet book for me, so much so that I put off reading it for a long time after its release. I’ve known and loved FitzChivalry Farseer for more than two decades, and I felt certain this would be my last journey with him. It was not a perfect book nor the best in his tale, but it was, at least, a satisfying conclusion.
Read more »
Posted by Fred Phillips at 1:24 PM No comments:
Labels: Andrew Rowe, Best of 2018, Brian McClellan, Christmas, Fantasy, J. Zachary Pike, Jim Butcher, Magic, Orcs, Pirates, R.A. Salvatore, Rob J. Hayes, Robin Hobb, SPFBO 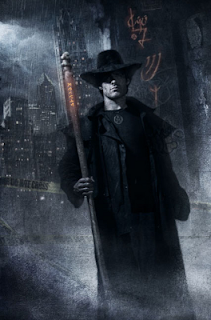 Just in case you guys missed it like I did on Christmas Eve, Jim Butcher released a new Harry Dresden story in the spirit of the holiday season.

Still hopeful that we'll see "Peace Talks" in the coming year, but it's a really good story and some Dresden is better than no Dresden. 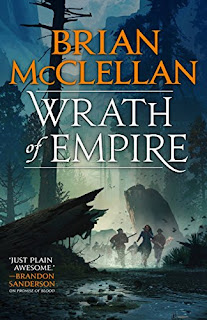 In a year where I have almost as many DNFs as finished reads, it’s nice to have a few authors you know you can count on. Brian McClellan is one of those, and “Wrath of Empire” ($27, Orbit), the second book in his Gods of Blood and Powder trilogy, did not disappoint.

The Dynize have occupied Landfall and have their sights set on the rest of Fatrasta and the remaining godstones so that they can resurrect their fallen god. Taniel Two-Shot, known as the Red Hand, and his companion Ka-Poel, a Dynize bone-eye sorcerer, are determined to see that doesn’t happen, and he’s using every resource he has available.

In Landfall, Michel Brevis is working with the remaining Blackhats, despite having betrayed them, to try to get families smuggled out of the city and to safety as the Dynize round them up. When he gets a visit from Taniel, his mission changes. He’s to find a Dynize informant named Mara and get her out of the city. When his cover is blown, he finds himself in bed with the enemy to try to complete his mission.
Read more »
Posted by Fred Phillips at 4:17 PM No comments:
Labels: Book reviews, Brian McClellan, Fantasy, Gods of Blood and Powder, Magic
Newer Posts Older Posts Home
Subscribe to: Posts (Atom)