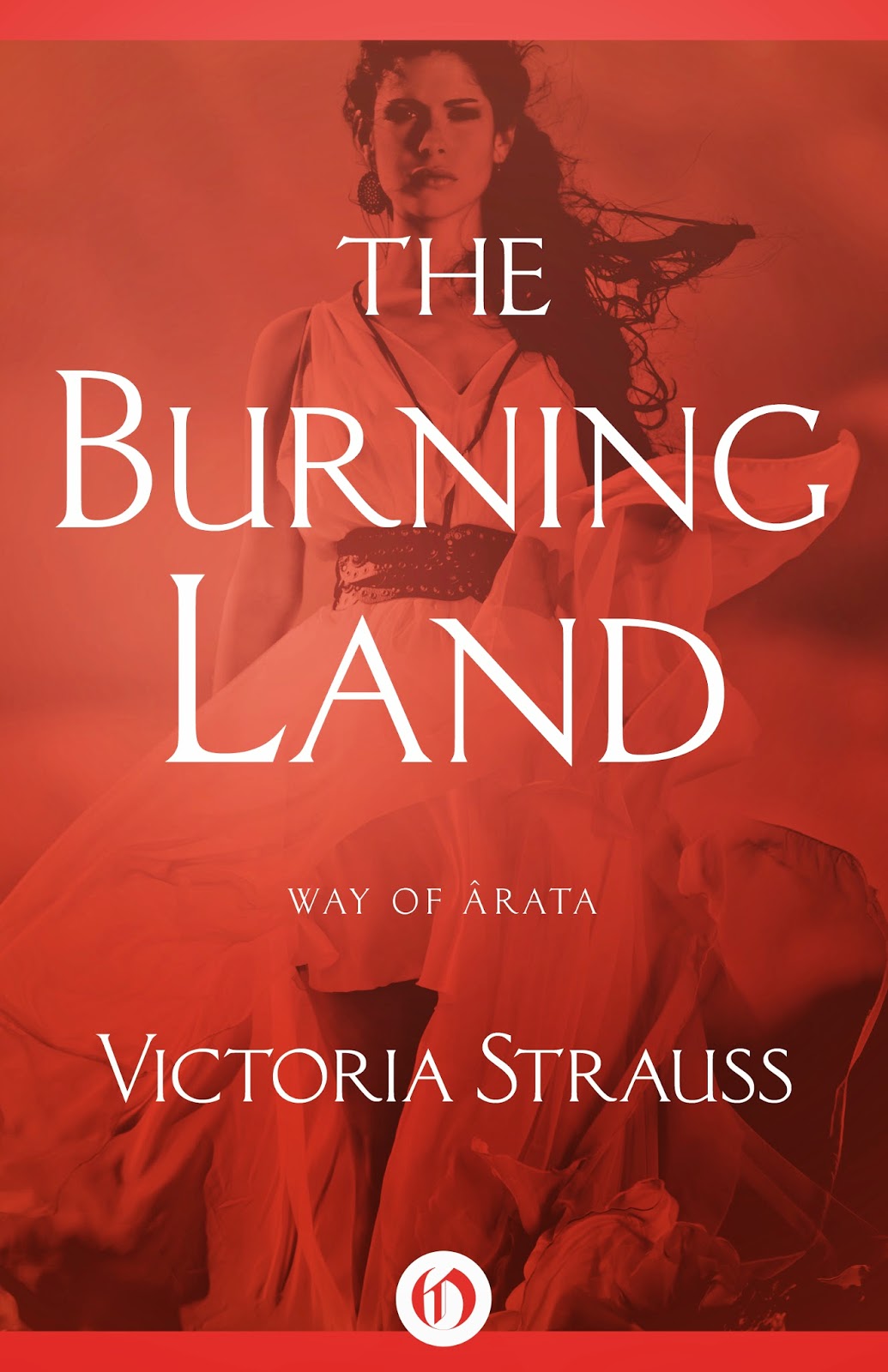 Gyalo, a powerful and promising young Shaper, is chosen to lead an expedition across the Burning Land, a vast and inhospitable desert believed to be the resting place of the god Arata. Leaders of the church have heard rumors of Aratists who were banished into the desert by the Caryaxist regime, and their Dreamers have recently caught glimpses of what might be a community built by the surviving Aratists.

Gyalo’s mission is to bring these banished Aratists back into the fold and bring to justice any Shapers who may have broken holy law by using their power unfettered to survive. What he finds on the other side of the Burning Land, though, will shake the foundations of his belief.

I initially reviewed “The Burning Land” when it was released in 2004, and I said then that it started slow. Almost 11 years later, as I revisit it, that seems quite the understatement. On this second read, I found the first 100 pages of the book to be almost interminably plodding. It was an effort to get through that portion of the book, and if I had not read it before and remembered enjoying it, I probably wouldn’t have made it.

The early going contains a lot of exposition and a lot of Aratist religious ritual and ceremony. While that probably gives the reader a deeper picture of the Aratist faith that helps later on, it’s not particularly interesting reading. Once Gyalo’s quest reaches its ultimate goal, things start to pick up and become more intriguing.

I still believe “The Burning Land” makes some good points about human nature and blind faith, and I did enjoy the last three-quarters of the book, but I don’t leave it this time as impressed as I remember being after the initial read.

For some reason, I never got around to reading the sequel, “The Awakened City,” when it was originally released. I was excited about revisiting this duology as I had fond memories of Strauss’ work. I walk away from my reread of “The Burning Land” a bit less enthused, and it might be a bit longer before I jump into the sequel.