Review: "The Golem and the Jinni" by Helene Wecker 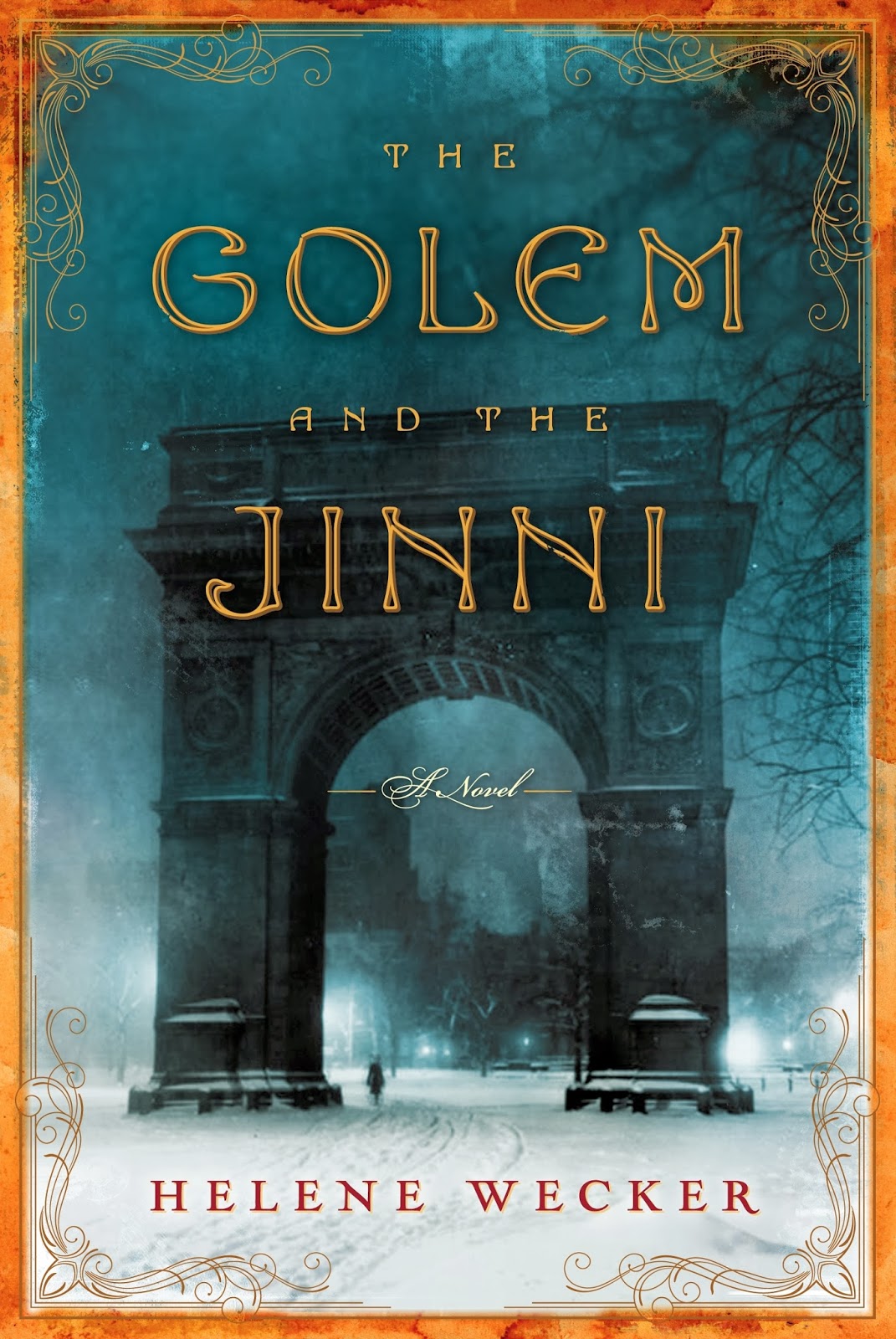 In some ways, Chava and Ahmad, the main characters in Helene Wecker’s “The Golem and the Jinni” ($15.99, Harper Perennial), are not all that different from the thousands of immigrants that surround them in turn-of-the-century New York. As the title tells us, though, they’re far from the average immigrant.

Chava is a golem, a woman made of clay. She traveled to New York from Poland with her would-be husband, a ne’er-do-well merchant who, unable and unwilling to find a real-world woman, enlisted the help of a disgraced rabbi who doesn’t mind meddling in the dark arts for the right price. Unlike most golems, which are little more than mindless slaves, Chava’s master wanted her to have intelligence and curiosity. She was packed away on a ship to be awakened when they arrived in New York. Unable to wait, her master awakens her on the voyage, then dies, leaving her rudderless, a babe in a new world.

She soon finds an ally, a kindly old rabbi named Avram Meyer, who recognizes her nature and takes her in while trying to decide whether the best way to help her is to teach her how to live or destroy her.

Ahmad is a jinni, trapped in a flask for centuries by an ancient wizard until he is accidentally released by a Syrian tinsmith, Arbeely, who is repairing the vessel. Arbeely takes the jinni on as an apprentice because of his powers and his unique talents with metal, but trapped in human form by the unbreakable iron bracelet clamped around his wrist, he wanders the streets of New York at night, longing for the freedom that he had in his desert home.

The two meet by chance and immediately recognize each other’s “otherness.” Slowly, they form a bond, never knowing that they’re more deeply connected than they realize.

After seeing this book on top of several best of 2013 lists, I decided to give it a shot, though I was initially unsure from the descriptions. It was quite a different book than I expected. While a great many of the reviews and summaries I read focused on the historical aspect, the fantasy elements are obviously front and center and ever-present. That said, “The Golem and the Jinni” does provide a glimpse into what life might have been like for those many immigrants that arrived at Ellis Island seeking a better life for themselves and their families. We get a look at the fairly tight-knit and ethically segregated neighborhoods where they settled, and even a taste of some of the prejudices of the time, though Wecker doesn’t dwell on those.

Just as interesting, though, are the rooftop worlds that the jinni often travels through that despite their grounding in history seem like something more out of a thieves’ tale sort of novel.

Despite that otherness and their foibles, Wecker manages to create a pair of nonhuman characters that the reader comes to care deeply about, even when they do some things that are not so nice. In fact, the golem and the jinni become much more relatable than some of the human characters in the book to me.

The beauty, though, of “The Golem and the jinni” is in the fact that it’s a story as unique as those two characters. It’s that rare book which really reminds me of nothing that I’ve ever read before. It’s part historical, part lesson on a couple of rarely used mythologies and, yes, even a small part romance. At the same time, though, it’s all fantasy, with every bit of the wonder and magic you’d expect from the genre. I’m not sure that it’s the best book that I read from the 2013 catalog, but I concur with the critics who put it at or near the top of their lists that it certainly deserves to be in the conversation.