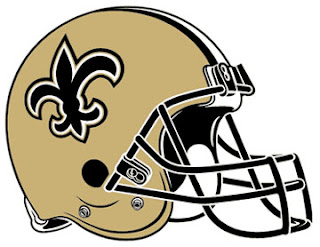 Some people might think that an 0-3 start would cause people to question their loyalty to their team. Those people have probably never been real fans. They’re like this guy.

It may sound funny, but in some ways, this year’s start has made me a more fierce fan of the Saints. Sure, I’m as frustrated as anybody about the underachieving team. I’m upset that Deuce McAllister is done for the season. I’m mad because our offensive line can’t block anyone this year and our defensive backs can’t cover anyone. I’m disappointed that what I thought would be a dream season now looks like a season in which the Saints won’t even make the playoffs. But at least I’m not like that guy and the thousands more out there like him who have turned on the team only three games into the season.

I’ve been a Saints fan since I was a child, and I’ve been through highs and (mostly) lows with this team. I’ve jumped up and down in the Dome and screamed my head off as they won the big game. I’ve also sat until the bitter end of a lopsided loss as the building emptied on more than one occasion. Sure, I like to gripe about them when they’re struggling and wonder why I continue to follow them, but the next time they kick off, you can bet I’ll be there. That’s what being a fan means.

All my life, friends and family have poked fun at me for being a Saints fan through the losing seasons. They’ve taken great joy during the years when the Saints flopped in saying, "I told you so," and they may get to do it again this season. But guess where many of those people were sitting on Sunday afternoons during the Saints’ run last year? Yep. Right in front of the TV acting like they’d always been fans. They went out and bought their hats and T-shirts when it looked like the Saints might go to the Super Bowl. Now, they’re neatly tucking those away, and they’re back to laughing at those of us who still believe.

All I can say is good riddance. I’m thankful for the extra elbow room up here on the bandwagon, and I’ll enjoy it while it lasts. I know you’ll be climbing back up here when things turn around.