Review: "Wheel-Mouse vs. All the Crazy Robots," by Celyn Lawrence 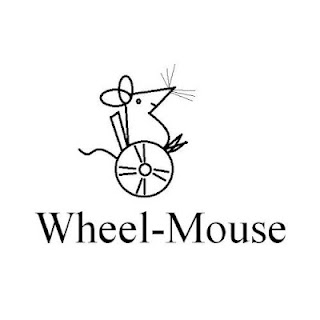 This is a little different from the kinds of books that I usually write about, but “Wheel-Mouse vs. All the Crazy Robots” (99 cents, Kindle) is a cute story and it’s for a good cause.

Celyn Lawrence is the eight-year-old daughter of fantasy writer Mark Lawrence, who penned one of my favorite books of last year, “Prince of Thorns,” and the upcoming sequel “King of Thorns.” Celyn suffers from severe cerebral palsy and is non-verbal and quadriplegic. She and her dad came up with the idea to put together a book to benefit Children’s Hospice, a charity for life-limited and terminally ill children that has helped them over the years.


The book, drawn using Microsoft Paint and public domain clip art, tells the story of Wheel-Mouse, a super-fast, super-smart hero who is having trouble with some crazy robots. They’re dropping robot poo – various assorted gears and mechanical parts – all over the place and ruining people’s day.

When she goes after the robots, they retreat to their sky home, where she can’t reach them, and continue raining down robot poo on the world.

Finally, with a little help from a friend, Wheel-Mouse reaches the robots’ home and manages to stop them, leading to a happy ending for everyone, even the robots – well, most of the robots.

Needless to say, Celyn’s work isn’t nearly as dark and gritty as her dad’s, but it is an imaginative story and a lot of fun. I put it to the test with my own seven-year-old, who also likes to write stories, and he gave it his seal of approval. In fact, he hopes to read more about Wheel-Mouse. I do, too.