Random rant: My child will never act like that 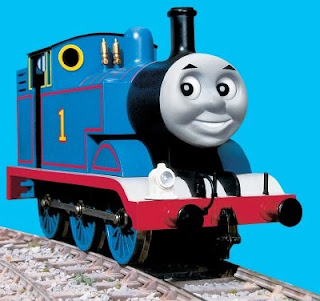 The initial purpose of this blog was for me to rant about things that hacked me off. But, for a variety of reasons, I decided a couple of months ago to revamp it and take it in a different direction. But some fans of the blog (and by fans, I mean my wife) missed the rants, so maybe I’ll still offer up an occasional one.

This morning, I was reading one of my favorite blogs, Behind the Counter. Having had to deal with the public in my job basically since I was 16-years-old, I often find the posts there hilarious. I’ve dealt with a lot of those people over and over again and most of the time I can commiserate.

Occasionally, though, I have to laugh a little at the author, particularly in the views on “howler monkeys.” (Yeah, I’ve called them that myself on occasion, even my own.) The most recent post talked about some kids riding in the buggy eating Goldfish crackers out of a Ziploc bag. The author observed that provisions were not necessary for a trip to Wal-Mart, to which I could only respond, you obviously have never been around a 2-year-old. I don’t know how old the kids in question were, but I can assure you that a few Goldfish crumbs are nothing compared to what happens when said 2-year-old decides it's time for a cracker, and you don’t have one.

There are two really silly things that all young non-parents say — and they’ll say them over and over again. No. 1 is, I’ll never have kids. No. 2 is, my kids will never act like that. The fact is, in most cases, you will and they will.

Now I’m not saying that there isn’t bad parenting out there. I see it everyday. I was recently in a toy store where my son was playing with a wooden Thomas display set. Another child about my son’s age wandered over and started playing. The child’s mother just continued shopping and left her 2- or 3-year-old son with us. She’d never seen me before and had no way to know whether or not the kid that was with me was actually my child and not some kid I was trying to abduct. She just saw an opportunity for a free babysitter.

Not wanting to leave the kid where someone could abduct him, my son and I continued to play with him for another 20 minutes or so until his mother found her way back to where we were, still very unconcerned about the small child she’d left with a complete stranger. At that point, I decided it was time for us to leave and cajoled my son into visiting another part of the store (which is no easy task where Thomas is involved.) The poor kid wanted to go with us, and his mother had to physically restrain him. I felt sorry for him.

Then, of course, I made a mistake. One of those “my child will never act like that” mistakes. You see, we had gone to the store to get my son a new Thomas toy. I’d promised it to him. We’d had a bad experience in Wal-Mart the night before where I had promised my son a Thomas video with a toy included, and when we got to the counter, they wouldn’t sell it to us because of the recent recall (even though I’ve been keeping up with the recall for obvious reasons and knew that product wasn’t part of it.) The hurt in his eyes when she took the video that he’d been clutching to his chest for 30 minutes and put it behind the counter made me furious (if it’s recalled, it shouldn’t be on the shelves), and it got worse as we walked out with my child looking about as pitiful as I’ve ever seen him, searching through all the bags and asking, “Where’s Thomas video, daddy? Where’s Thomas video, daddy?” I was not happy, so we left quickly before I could land a starring role on Behind the Counter.

At any rate, we now had to go back to the Thomas section to get his toy. As soon as we rounded the corner, he darted right back to the play table. I let him play for a few more minutes and started trying to convince him to choose a toy. He was more interested in the broken toys out on the display. Problem coming.

I picked various toys from the shelf, showing them to him, thinking he’d latch on to one and come peacefully, because we have to go. No such luck. He shoves the toys back at me, turns back to the table and says, “play trains more.” Back to exhibit A. The 2-year-old doesn’t understand that he’s going to get a train to take home. He understands that he’s having fun playing with the broken down trains in the store display, and when daddy tries to take him away from those, the obvious solution is to tell daddy he wants to play trains louder until it gets through daddy’s thick skull that he wants to play trains. Of course, sometimes as a parent, you can’t give in. So, instead of getting a toy, I walked briskly out of the store with said 2-year-old kicking and screaming and a whole bunch of people looking at me thinking, “My child will never act like that.”

(For another exploration of the "My child will never act like that" phenomenon, check out the post titled "The Pot and the Kettle" at Does This Mean I'm a Grown-up?, which also played a part in inspiring this rant.)
Posted by Fred Phillips at 3:35 PM
Labels: Random rants