Review: "The Fall" by Guillermo Del Toro and Chuck Hogan 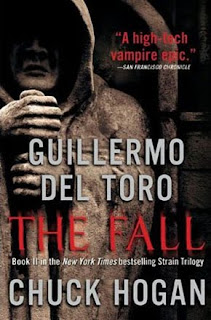 Guillermo Del Toro and Chuck Hogan return with the second installment of their trilogy about an epidemic that has turned people into walking vampiric viruses, “The Fall” ($26.99, Harper).

In the first installment, “The Strain,” the scene was set with a creature known as the Master arriving in New York City and unleashing the virus on an unsuspecting public, creating waves of creatures that are part vampire, part zombie. The outbreak has now spread to all corners of the globe, and with governments scrambling to cover up the truth about the virus and calmed panic citizens, the world doesn’t stand a chance.

With the setup out of the way, the second installment starts with a bang. Ephraim Goodweather, a former agent with the Center for Disease Control and now a wanted man due to some political wrangling after he spoke the truth about the virus in the first book, is torn between trying to rid the world of the virus on his own and protecting his son from his ex-wife, who has been turned and is now stalking her son across the city. He’s joined by aging Holocaust survivor and vampire hunter Abraham Setrakian, who has been obsessed with destroying the Master since he first met him at a German concentration camp, a former New York City exterminator Vasiliy Fet, who has discovered that ridding the city of vampires is much like ridding the city of rats, and Eph’s CDC partner Nora, who he has a complicated relationship with.

Review: "The Bird of the River" by Kage Baker 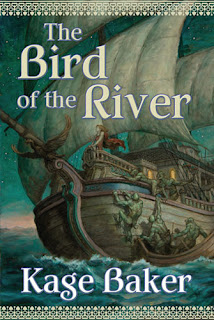 Unfortunately, my introduction to the works of Kage Baker comes with the posthumous release of her latest novel “Bird of the River” ($25.99, Tor).

The book follows the coming-of-age tale of a teenage girl named Eliss, who is caring for her addict mother and her half-breed younger brother Alder. Since the death of Eliss’ father, the family has moved from place to place, living with various “uncles,” some good, some downright nasty. In a last-ditch effort to save the family, Eliss manages to find a captain that will give her mother a second chance as a diver on the Bird of the River, a barge charged with keeping the river clear of snags and obstructions. But a diving accident leaves Eliss and Alder orphaned and having to find their own way aboard the ship.