Review: "The Path of Flames" by Phil Tucker 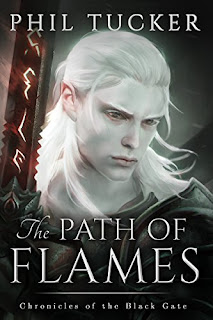 I remember a time, not so incredibly long ago, when I wouldn’t even accept a self-published book for review consideration because I’d seen so many awful ones. But, as Dylan famously sang, the times, they are a-changin’.

Over the course of the last year or so, I’ve discovered a string of fantastic self-published books, the latest being Phil Tucker’s “The Path of Flames,” a finalist in the second edition of Mark Lawrence’s Self-Published Fantasy Blog Off.

I read a number of the finalists in last year’s contest and found some great books and writers, so I decided to get started with them a little earlier this year, and my first foray did not disappoint.

Asho is a Bythian, the lowest rank on the scale of Ascendancy, the major religion of Tucker’s world. After each lifetime, the belief is, that the people are judged for their actions and either sent up or down in class based on them, until they pass through either the White Gate to join the Ascendant or the Black Gate for their punishment.
Read more »
Posted by Fred Phillips at 4:57 PM No comments:
Labels: Book reviews, Chronicles of the Black Gate, Fantasy, Magic, Mark Lawrence, Phil Tucker, Self-published, SPFBO

Review: "The Fireman," by Joe Hill 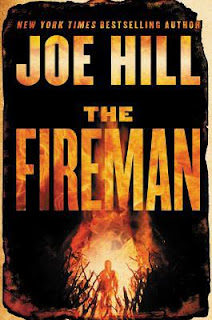 I’ve never been disappointed by Joe Hill’s work, and despite some misgivings, that doesn’t change with “The Fireman” ($28.99, William Morrow).

A strange and horrifying virus is sweeping across the planet – Draco Incendia Trychophyton, or its common name, Dragonscale. The disease marks its victims with tattoo-like designs that are often beautiful, but just as deadly. Eventually, those designs will catch fire, burning the victim alive and usually anything within reach.

No one is quite sure where the spore that causes the virus came from or what to do about it, and as more and more people become infected, the world begins to panic.

Harper Grayson, a nurse with a penchant for breaking out in songs from “Mary Poppins,” is on the frontlines of the battle to save people from the disease, or at least make them comfortable, until she contracts it herself. That sets off a chain of events that destroys the life she knows and sends her into hiding from her husband and the cremation squads that arise in the chaos.

She escapes with the help of a mysterious man known as The Fireman, who leads her to a place where she just might be able to survive the end of the world.
Read more »
Posted by Fred Phillips at 10:35 AM 2 comments:
Labels: Book reviews, Horror, Joe Hill, Martha Quinn, Post-Apocalyptic, Science Fiction
Newer Posts Older Posts Home
Subscribe to: Posts (Atom)