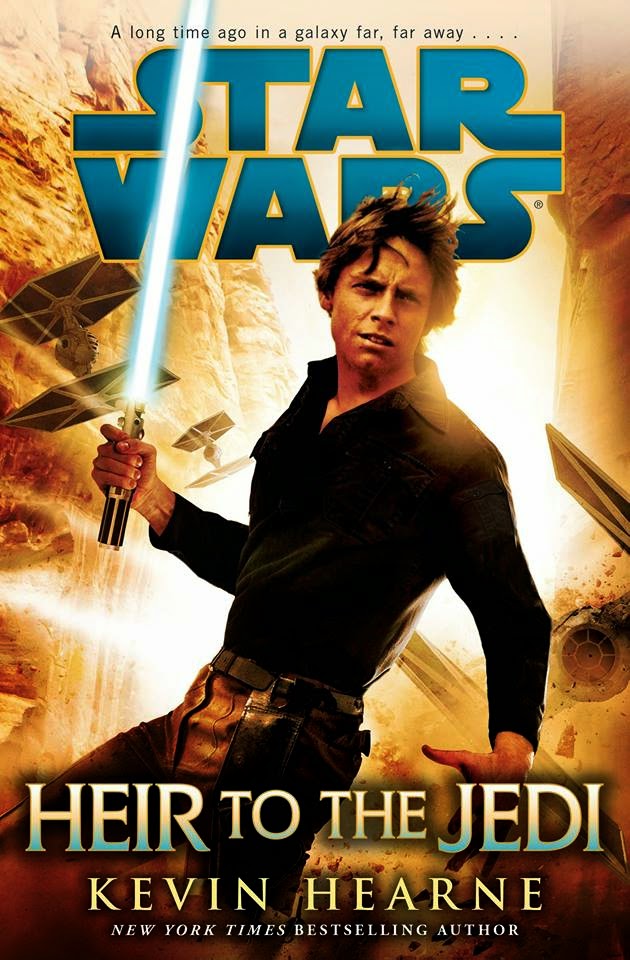 The truth is, though, it’s kind of boring.

“Heir to the Jedi” takes place between “A New Hope” and “The Empire Strikes Back.” Fresh off his heroics in the Battle of Yavin, Luke Skywalker is called upon to fly a variety of missions for the Rebel Alliance.

He ends up paired with Nakari Kelen, the daughter of the wealthy owner of a biotech company, flying across the galaxy in her sleek and speedy pleasure yacht to steal an expert hacker from the Empire. Drusil is of the Givin race, experts at math, and she has formulated a way to slice into Empire communications and steal secrets. She will give these codes to the Alliance in return for rescuing her and her family.

Luke and Nakari just have to steal her away from a heavy guard contingent, then get across the galaxy before the Empire catches up.

It’s more exciting in theory than it turns out to be in reality.

The first problem that I ran into with “Heir to the Jedi” was that it was a little jarring to be in Luke Skywalker’s head. The story is written in first person, like Hearne’s Iron Druid Chronicles. The difference being that I’m used to being in Atticus O’Sullivan’s head, since I’ve been there since the beginning. I’m not used to seeing things from Luke’s viewpoint, and it’s a bit strange.

The book also misses the humor and liveliness of the Iron Druid series. While there are some chuckles here and there, it’s never laugh out loud funny like those books, and the action never quite grabs me in the same way that Atticus’ adventures do. Even the big climactic battle at the end really lacked drama and tension for me. I mean, I pretty much knew how things were going to turn out from the start of the mission.

Hearne says in the acknowledgements that he was captivated by the scene in “The Empire Strikes Back” where Luke calls his lightsaber into his hand in the Wampa’s cave. He wanted to answer the question of how Luke was able to do that. And that’s the major flaw of “Heir to the Jedi.” The whole book is a 250-page explanation of something that really didn’t need an explanation. It’s a key scene in the movies, when Luke is finally able to embrace his Jedi powers, and most of us have never questioned it.

“Heir to the Jedi” certainly doesn’t qualify as the worst Star Wars book. It can be, at times, entertaining, but I had great expectations of what Hearn might be able to do in the galaxy far, far away. The result, though, is a disappointing, middle-of-the-road book that will probably keep me away from Star Wars tie-ins for a bit longer.